Bollywood is the largest film production center of the world.

With 1986 movies produced, it is ahead of Nigeria, the country that has produced around 997 movies as of 2017 data. That is like Nigeria will have to more than just double up it game to even match Bollywood industry.

That means more actors, producers, money, directors and what not. Well that is far cry from what we are going to discuss now.

But have you ever wondered, what are the worst movies ever produced by Bollywood?

I sure know that you will have your own list of movies that pissed you off and you walked out of the theater in no time. But I have a list that may match your list and as well as the list of majority Bollywood fans out there.

After scanning through various websites which is our go-to resource to check the reviews of a movie like IMDb, Rotten Tomatoes, I have made a list of:

Worst Bollywood Movies Of The World So Far

And the list features almost all of your favorite stars. It sure is going to hurt a little. Featuring two very popular celebrities, Ajay Devgn and Tamannaah, this movie was released in 2013. The plot was supposed to be action-comedy. Unfortunately, neither did the action invoke any emotion nor the comedy. In fact, the comedy in the movie made people somewhat angry.

It was a 150 minute torture excluding the 10 minute recovery time of interval.

The plot was simple just like any regular Bollywood film, in which son comes back to the city to take revenge of something unfortunate that was forced upon him & his family when Himmatwala was a child. This punishment is also directed by Sajid Khan. The movie though features actors like Saif Ali Khan, Riteish Deshmukh and Ram Kapoor, still couldn’t help the script to come out of the danger zone. Unfortunately, Tamannaah was in leading role in this movie too. It was supposed to be a romantic-comedy and ended up receiving Golden Kela award. The award is given by Random Magazine (it is the name of the magazine) for worst movie of the year. Like its other two counterparts, this movie was supposed to be an adult comedy. But this movie is a standing proof that even sex doesn’t sell if you don’t use it properly.

With a budget of Rs. 280 million, the movie still did a box office of Rs. 420 million. It is the money looted.

Also Read: All The Victims Of Casting Couch In Bollywood

4. The Legend of Drona A fantasy movie supposedly a superhero one. Starring Abhishek Bachchan, Priyanka Chopra, the movie was made with a budget of Rs. 45 crores. The company managed to touch 15 crores somehow and proved to be the biggest disaster of junior bachchan’s career. No records found on Rotten Tomatoes The movie had very interesting make up work and trailer too. I even planned to go for the movies but fortunately succeeded to not join my friends for this. Later I got to know how pathetic it was. So pathetic, that after sometime I found its name in worst movies of the world. Again this movie was supposed to be adult comedy but apart from adultery there was nothing to laugh about in the movie.

2 identical looking girls but with completely different personalities runs a sex addiction clinic. Two guys fall in love with these girls. This is the entire plot. With a budget of Rs. 300 million, the movie barely did break even. It is pathetic to even think that they couldn’t even sell sex. This movie should be a part of the business school’s curriculum. Our favorite Akshay Kumar and Katrina Kaif is world famous for delivering this flop. However, in reality this duo has given us lot many admiring movies in the past. Since their on-screen chemistry was anyways hit, they were able to attract quite a big audience to watch this movie. Thus, the disappointment also had to be big.

All these movies have been release after 2000. And most of these movies were released after 2010. Bollywood sure is running out of good content, good directors. Gone are those days……….

We would love to know which movie you’d enlist as ‘worst Bollywood movies of the world’! Share with us in comments.

9 Famous WWE Stars In Movies That You Didn't Notice

Viral Video: All The Train Tomfoolery & Near Death Encounter From Metro Incident 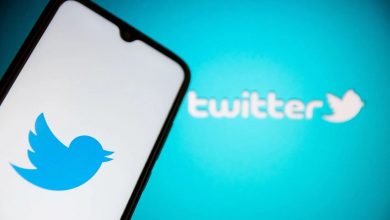