The B-industry keeps brewing spicy and sassy stories that knock us out. And the celebs revealing their sexuality is one of the hottest topics in the radar.

The hush-hush talks about one celebrity being gay … the other being a lesbian is not a BIG DEAL! But the deal is, what to believe and what not to believe.

Here’s a list of all the famous gay personalities in India: 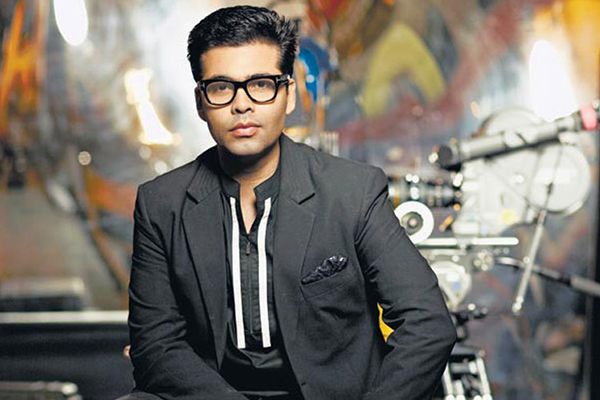 The all-time famous Karan gained most of his popularity by his show- Koffee with Karan.

But that’s not the only thing he is famous about.The rumor of Shahrukh Khan and him being together is something that we all have grinned at. Even the B-industry never left a chance to mock actors being cast in Karan’s movies only after ……ahem….casting couch!

But is there any strong grounds to that?

Well, to our rescue the all-time controversy about the sexual orientation of this fine film-maker was put to an end by none other than Karan Johar himself.

While talking about the book- ‘The Unsuitable boy’ he openly said, ”Everybody knows what my sexual orientation is. I don’t need to scream it out. If I need to spell it out, I won’t only because I live in a country where I could possibly be jailed for saying this. Which is why I Karan Johar will not say the three words that possibly everybody knows about me”.

I don’t think any other explanation is required. Enough said Karan!! Even after playing gay characters in 18 different projects, this Big-boss fame has been in the limelight for obvious reasons.

Born as a boy named ‘Pankaj Sharma’, life wasn’t easy for her. And obviously, being a transsexual she ran into problems with her family and society as well.

But as she grew older, she became vocal about her sexual orientation and went ahead for a breast implant in 2010. Moving ahead with her strong determination, she got her sex reassignment surgery done in Bangkok.

The following year she married her boyfriend in a private ceremony and later changed her name to Pakhi Sharma. But sadly, marriage wasn’t a smooth sail for her.

In 2017, she accused her husband of domestic violence and dowry for which he got arrested as well. A sad ending for this one!! Imam, who is an Indian fashion stylist and television personality gained popularity for all the wrong reasons.

After becoming a contestant of Big Boss season 6, his fame amplified. He was known for his crazy dressing sense and getting in trouble with the housemates in Big Boss. “Time-out” used to be his favorite tagline. He notoriously got into a fight with Salman Khan and made the headlines.

Imam even declared that he was gay in Big Boss 6 but in a recent interview, he changed tracks and confessed that he was indeed straight.

Ummmm……so what was the confession in Big Boss?

Anyway, to add up to the controversy Imam is now looking for a bride. If we go by the rumors, it might be in a Swayamwar style. God bless the bride!! There have been rumors in the past linking him with Karan Johar and that they were a couple.

As a matter of fact, on his 50th birthday, the newspaper Mumbai Mirror covered the story and named it “50 Shades of Gay’. I know that was too much….right? But whatever the reason, this talented designer has reached the zenith of success in the fashion industry and still is doing great with his talent. The V-channel VJ got his share of fame after participating in a number of TV shows including Big Boss season 7.

Rumors of this VJ to be gay has been in circulation ever since he came on TV. However, this did not stop him from being strong about his choices.

He has appeared in several reality shows and also hosted the reality series- Dare to Date.

The traits of him being a homosexual person can be clearly seen in the way he acts out in his appearances. He also supports the LGBT and has been quoted saying,’Who you sleep with, doesn’t define you.’

In addition to his views during an interview to PTI, he was quoted saying, “I am given the ‘gay’ tag regularly. I would like to be known for what I do and say in the advancement of society and not for my personal life.”

Now, if that statement doesn’t mean that he is gay, I don’t know what does?? A cross-dresser and very open about his sexual orientation. It somehow makes me wonder- if there is a strong connection between a designer and being gay?

What-so-ever be the reason, this Big Boss Season 3 participant was always seen bitching around. And the comment he made about homosexuality being a psychological disorder pissed everyone off to the core.

Even with such bipolar attitude, Rohit never failed to attract attention. Be it his clothes or his way of talking, he made sure that he is being watched. But as I mentioned earlier about him being all bitchy….well, that still went on even after Big Boss ended.

Later, he was seen being upset with the Supreme Court’s ruling that homosexuality is a crime. He even went ahead and commented that he doesn’t feel free. Well…..well… Mr. Verma….choose a side and stick to it! We know that truth after all! The very well-known designer Sabyasachi has triumphed the fashion industry with his immaculate talents and made everyone a fan in a short span of time. His soft-spoken nature always shielded him from being the center of attraction in relation to his sexuality.

Even though he is a homosexual, it never appeared to affect him or his passion towards creating a worldwide craze for Indian fashion. He is shy in nature and is seldom seen or heard speaking about his sexual orientation in public.

The thing is ……… his designer fashion clothing speaks for him. And it all works out pretty well for him. His show ‘Band Baja Bride’ is still running successfully and has completed several seasons. This so-called Indian glamor model and film actress is known for the explicit videos that she posts on YouTube(and not for her work in Indian cinema). However, this wasn’t the case at the beginning of her career.

She was one of the top 9 contestants of Gladrags contest and also went on to feature in their calendar as well.

She has always been extremely vocal about her sexuality and is seen to never leave a chance of gaining free publicity. Who could forget her promise that she made to Indian cricket team during World cup 2011. Fortunately, she was banned by the BCCI and nothing of that sort happened! (*sigh*)

However, there are videos freely available of Poonam confessing that she is a lesbian on YouTube. Hailing from Pakistan, Veena Malik gained quite a bit of fame in India after participating in Big Boss season 4.

Even though she didn’t win big boss, she sparked enough fire in the Muslim community altogether. She was called the voice of liberal Muslims as per some leading dailies who supported her free thinking and bold personality.

Moving ahead with her career, she became a part of several photo shoots, songs, and acts in support of the LGBT community. She has never confessed though, but her raunchy lesbian acts can be seen freely on various websites till date.

Whether it proves if she is actually lesbian or not …is a whole another ball game. But hey, that’s what we read! The life of this Bhopal based TV actress began with her role as ‘Sadhna’ in the show Bidaai on Star Plus.

She has worked for several reality shows, TV serials and even some Pakistani daily soaps. Big Boss 4 definitely became one of the milestones in her television career and she still acts as a female antagonist for a daily soap ‘Woh Apna Sa’ on Zee TV.

In addition to the existing fame, she also made the headlines when she locked lips with actress Pratuysha Banerjee.

However, she claims that a lip-kiss doesn’t make her a lesbian…but who knows!! She has never confessed her sexuality anyway.

Following the same pattern for free publicity, a video of Sara in the bath-tub was allegedly posted on her sister’s Instagram account. And again…she claims it was done by mistake. (Seriously Sara….just forget it!!) Right from the beginning, Mink had a bold outlook towards the world. She made a number of appearances in several Indian films and also a few South-Indian movies. She also participated in Big Boss season 6 as a wild card contestant.

But the news that made her even more famous than she actually was- were the wrong ones.

She never admitted to being a part of the movie and confessed that she is a lesbian -in reaction to the video.

She later denied being a lesbian and said that she was drunk in the video which is why she ended up kissing a girl. Well, that’s that. What do you think is the truth?

I know, I know…..it hurts. But, don’t go in an epileptic shock if you have hots for any of these celebs!!

I mean…Who knows where the real truth behind all these lies.. But hey, this is what we heard!

Who Is Sandeep Singh Based On Whom Soorma Movie Is Directed

Does PM Modi Have ET Connections As Well? What Was The UFO Doing On Top Of His House