Updates and upgrades are a part and parcel of tech-world. And when we talk about smartphones then it has become a sort of tradition to bring out the upgraded versions of flagship variants. Carrying on this tradition OnePlus is expected to come with two new variants in its “7 series”.

Yes, the wait for OnePlus 7T and 7T Pro would soon be over as both the devices are set to launch later this year. Now, if your curiosity and tech-savyness are making you go crazy about these devices then hold on. We have got something for you. Here are the specifications for probably the two most awaited smartphones of the year. Check them out. OnePlus7T is expected to have a screen size of around 6.55 inch with smooth touch. The pixel resolution of the screen would be around 1080×2340 with a 19.5:9 aspect ratio. In terms of resolution, the OnePlus7T Pro would share most of the features with OnePlus 7 however the screen size is expected to be a notch higher. Both the devices would carry on the standard screen proportions that are seen in the smartphone’s from OnePlus. The OnePlus 7 and OnePlus 7T Pro would have the latest Qualcomm Chipset.  Qualcomm’s octa-core snapdragon 855 plus processor would provide the effective multi-tasking capabilities to the device. Games like PUBG would run lag-free in high resolution. Apart from high-end gaming, the device would also provide top-notch graphics support.

As per Pocket-Lint, both the devices are expected to be launched in the month of October-November. The idea of OnePlus is to catch on the festive season by launching popular variants of its flagship smartphones.

Inside Gaurav Kapur And Kirat Bhattal's Den Of Peace, Life And Lots Of Light 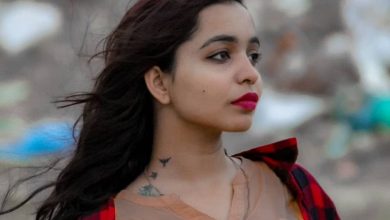 Next Level Self Obsession, 24 Years Old Woman Marries Herself