The Unique Identification Authority of India (UIDAI) sent a circular to all the Central Ministries and State Governments last week that instructed that citizens must have an Aadhaar Number or its enrollment slip to get Government subsidies and benefits.

Aadhaar Or Enrollment Slip Necessary For Govt Subsidies And Benefits

Now News18 has mentioned in an article that they have a copy of the circular which was issued on August 11 by UIDAI that ascends the strictness on Aadhaar rules even more.

“There is an existing provision in section 7 of the Aadhaar Act to facilitate a person who has not been assigned an Aadhaar number, to avail of the benefits, subsidies, and services through alternate and viable means of identification”, the article informed.

As stated by the fresh circular more than 99 per cent of the adults in our country have been assigned an Aadhaar Number.

“Thus in the above backdrop and considering the proviso to Section 7 of the Act…in case no Aadhaar number has been assigned to an individual, he/she shall make an application for enrollment and till the such time Aadhaar number is assigned to such individual, he/she may avail the benefits, subsidies and services through alternate and viable means of identification along with Aadhaar Enrollment Identification (EID) number/slip”, the circular points.

“This means an Aadhaar Enrollment Identification (EID) number/slip would be required for availing central and state government services, benefits, and subsidies if one does not have an Aadhaar number yet.”

As per the circular “a multitude of services and benefits are being transferred directly to the residents owing to such wide coverage of 99 per cent adults having Aadhaar identification.”

“Aadhaar has significantly improved the quality of resident/citizen experience in receiving welfare services”, the circular says.

According to the fresh data with UIDAI, “95.74 lakh Aadhaar numbers have been assigned to adults, which is nearly 101 per cent of the projected population of adults in India as on 2022. Aadhaar is seen as a major tool to stop leakages in government subsidies and schemes.”

Aadhaar For Digital Certificates Too

In another circular released on August 11, UIDAI has also made Aadhaar or Aadhaar enrollment number mandatory to get a digital certificate of any sort that allows them to enjoy the privileges of any Govt subsidies or scheme benefits.

The “certificates find their ultimate utility in determining eligibility for various government schemes for disbursal of social welfare benefits. Hence, these services (certificates) can be considered under the purview of Section 7 of the Act for delivery of subsidies, benefits and services, wherever such implementing entities feel the need thereof”, said the second Circular issued by UIDAI.

Rakesh Jhunjhunwala Left Behind Stock Holdings Of Around $5.8 Billion 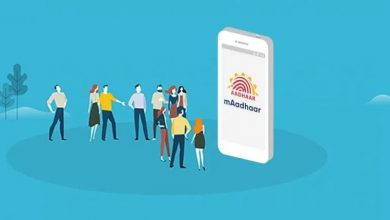