Pubic hair is often considered the first thing one must be getting rid of for being that hygienic self, with women thinking about it a lot. From razer, bikini wax, hair removal creams to what not? People do a lot down there without questioning what those strands are really there for.

Like every other thing in over body, pubic hair also serves some core purposes. Like I associate it with maturity and arousal. And I would love to see them on my partner as well. Well, that preferential, but there are also some healthy biological reasons for one to entertain pubic hair and here are five of them.

Once you start getting pubic hair, it defines that you have attained puberty and sexual maturity and your body is ready to procreate. In fact, doctors suggest that a “lack of pubic hair on the onset of puberty could be indicative of underlying health issues.” So, one must always be knowledgeable about how and how much their pubic is growing.

Pubic hair works like eyelashes. Eyelashes protect your eye and its vicinity; for the skin, there is very sensitive. Similaihy skin down there, especially in girls, is very sensitive and pubic hair protects it by keeping stuff like bacterial and fungal infections and foreign particles at bay.

Pheromones, for the unknown, are odours produced by the body to attracts sexual partners. People do have odours, which are trapped by the pubic hair and attracts if you go near them. You must have sensed how some people smell so good without doing anything extra, right? Well, that’s that.

Also Read: Frustrated of Not Getting A Bank Job, This Man Opened His Own SBI Branch In Tamil Nadu

Pubic hair is also known to keep the genital area warm and moist, without which your skin would dry out and start chafing due to lack of sweat and moisture.

Pubic hair safeguards your skin from the friction that usually happens during sexual intercourse. It also reduces friction between your vulva and clothing thus saving you from getting unwanted rashes and itching down there.

So already thinking about letting your bush grow? Well, it’s worth it.

India To Start Conducting Human Trial Of COVAXIN And 2nd Most Potential Vaccine On 2,000 People From This Month 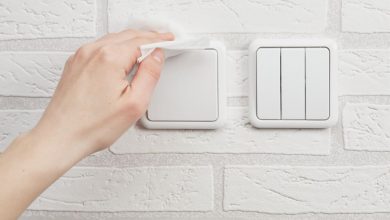