We live in the era of fashion, latest trends, expensive brands, beautifying apps and if nothing works, well, there is always Botox. But what about historical times?

It’s true that today the internet is piled up with the images of hot men and beautiful women who steal our hearts. A little makeup and hitting a gym can make all the difference in our attractiveness, agreed?

But have you ever thought about how historical people stayed elegant and beautiful?

Dude I have no idea, but without all the latest technologies to make you attractive, there were some genuine smoking hot people whom we still admire.

We have brought you a compiled list of a few historical figures who still influence us with their charming looks:

Mary was crowned as the Queen of Scotland when she was barely six days old. She was said to be so beautiful that men offered themselves and everything they had to just be near to her.

She was married thrice and said to have many suitors vying for her attention when she was standing against her cousin Queen Elizabeth in the row to claim the throne of Scotland and England both.

Sadly, she couldn’t get either as she was captured and kept hostage most of her young life and later was executed at the scaffold of England by her jealous cousin.

Born as Princess Gayatri, she was the Queen consort of Jaipur from 1940 to 1949. She was a true fashion icon and women followed her dressing style and people were awed by her exquisite beauty.

And oh, she was also included in Vogue magazine in the ten most beautiful women list. 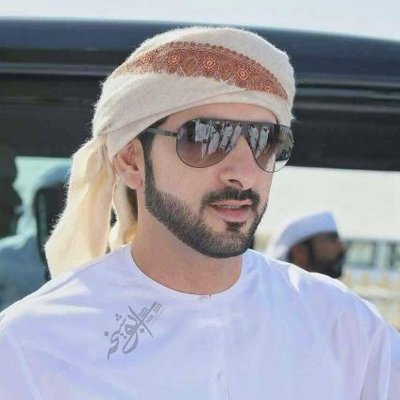 Although not a historical figure, this one needs a mention because of his insane good looks in our list – the crown prince of Dubai, UAE is included in the list of the most handsome men in the world.

Also, he publishes poetry under the pen-name Fazza.

Known rather for his monstrous dictatorship over USSR from 1929 to 1953, Joseph Stalin was hot when he was young with a handsome face. Later smallpox, which had no cure back then, left his handsome face forever scarred which never healed.

King Shivaji belonged to the Bhonsle Maratha Clan and was a warrior king of India. It is said, that when he visited Aurangzeb in Delhi, his young princess fell in love with his masculine body and chiseled jawline, despite being forbidden from removing her veil.

Brook was an English poet who wrote war sonnets and possessed a boyishly young face, declared as “the handsomest man in England” by Irish poet W.B Yeats.

Sadly, he couldn’t make it past the age of 28 when he died of mosquito bites and sepsis while sailing with British Mediterranean Expedition force.

Powell, a badass co-conspirator with John Wilkes Booth, who assassinated Abraham Lincoln; was assigned to assassinate William H. Steward, United States Secretary of State on the same night. Although he injured the secretary but couldn’t accomplish the job.

A few days later he got caught and the picture was taken. That boyish look could have fooled anyone.

Check out: Rarest of Rare Diamonds on this planet

Rani Padmini or Padmawati was known to be an exceptional beauty who ruled over Chittorgarh with her husband Maharaja Ratan Sen.

Apparently, she was even talked about by many poets during the 16th century and later. It is believed that a great seize on the Chittor fort was laid by Alauddin Khilji to acquire her, but she committed Jauhar to save herself from him.

A well-known author and poet, Tagore was not bereft of female companionship. Many adored him, often as an ethereal presence, a guide, a saint and a torch -bearer of humanity. Maybe, that attracted people towards him apart from his physical attributes.

Her real name was Margaretha Zelle. And, Mata Hari was her stage name. She was a Dutch Frisian Exotic Dancer but stealthily spied for the German Army. She used her beauty to dig out information from the French. Eventually, she was executed by the French.

Joan Hailed from Australia and married the Muslim ruler H.H Taley Muhammed Khan, the Nawab of Palanpur in 1939. As a matter of fact, she was a muse for many who clicked her from time to time.

The Author of classical Novels like “Adventures of Huckleberry Finn” and “The Adventures of Tom Sawyer”, Samuel Langhorne Clemens was better known by his pen name as Mark Twain. With handsome features, he was hot as hell during his days.

Sita Devi was an inspiration and a muse of many during her days. So, she was married to Karamjit Singh, the younger son of Maharaj Jagjit Singh. Moreover, she was the most followed style diva and trendsetter back then. Also, she was referred as “secular goddess” for her mesmerizing beauty by Vogue magazine.

A popular society figure in 1930, the sari-clad beauty was often titled as the best-dressed woman on earth.

Also Read: 15 Ridiculous Things Women Do In The Name Of Women Empowerment

Second wife of King Henry VIII. She was said to be so stunning in historical times that Henry ditched his wife and rendered their marriage null and void under her influence. Apparently, this marriage became the reason of political and religious upheaval in England.

Sadly, she was executed at the young age of 27 by her own husband, who wanted an heir, but she could not give him a son. Paradoxically, her only daughter became Queen Elizabeth I and ruled for several years.

Newton was a miracle mix of mathematician, astronomer, physicist, theologian and an author, recognized as the most influential person in the history of mankind. In addition to all that, he was easy on the eyes as well. His portraits still make us swoon over him.

Well, never underestimate history and historical figures. With their stories and their personalities, they can still charm you more than the hot bod actors you get to watch every day.

Do you know of anyone, in particular, who made you wonder how they looked in person if they were still here? Don’t forget to tell us.

15 Types Of Ladies Found In Kitty Parties. Which One Is Most Prominent In Your Group?